Halloween is right around the corner. In normal years, this would have been the only day of the year when it was fine to be scared. This year, it seems like everyday there is something new to be scared about - including the latest economic indicators.

Below you'll find my list of the Top 5 Economic Indicators of the Year (with charts, of course!) 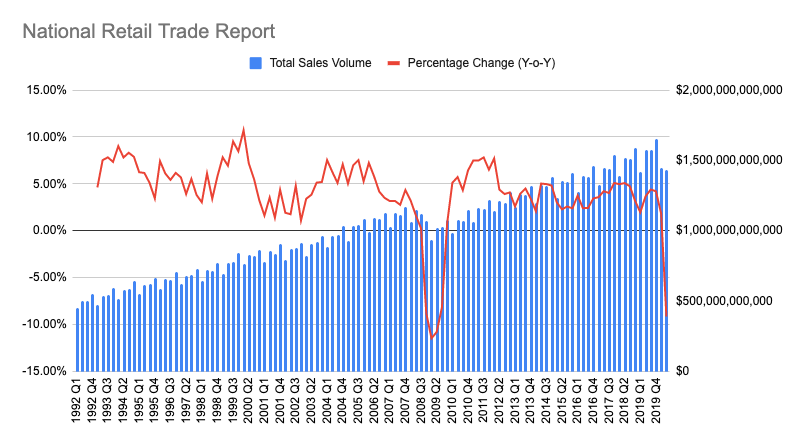 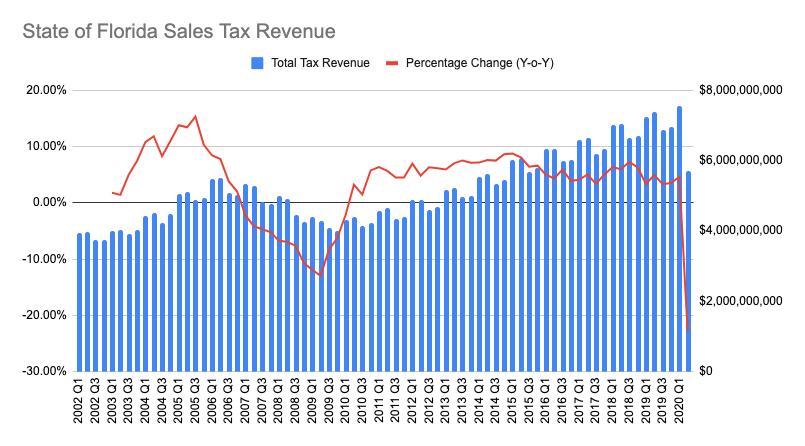 The State of Florida Sales Tax Revenue report tracks how much money the state of Florida brings in on the sales tax charged on goods and services sold in the state during a specific quarter. This is important because income generated from sales taxes account for nearly 80% of the state's revenue. The more money collected from sales taxes, the more money the state gets to spend on state-funded projects and services. The most recent report shows a year-over-year percentage drop never seen since data was first collected. 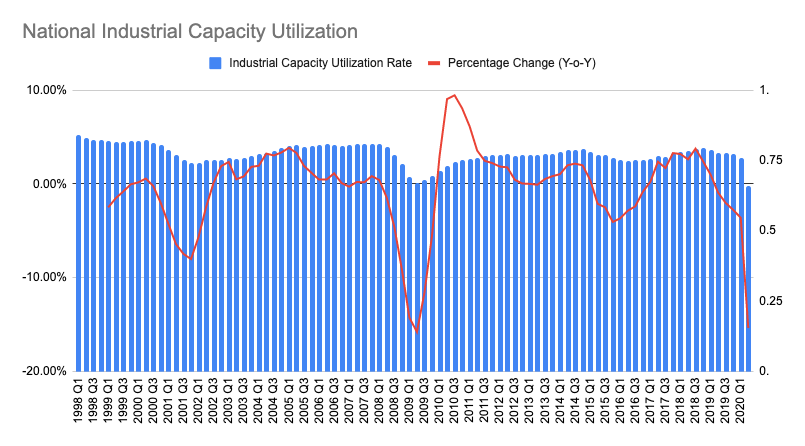 The National Industrial Capacity Utilization report tracks the productivity and the total capacity for the manufacturing, mining, and electric and gas utilities sectors. This is important because the industrial sector, together with construction, accounts for the bulk of the variation in national output over the course of the business cycle. The details provided by these measures helps illuminate structural developments in the economy. The most recent data point of 0.65 was the lowest ever recorded. 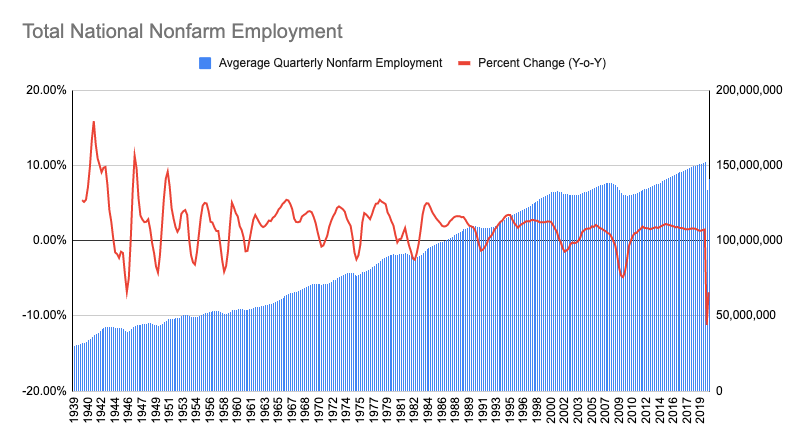 The National Total Employment report tracks the total number of non-farm employees in the United States. It is important because it shows the number of employees either added or subtracted to the labor force. The most recent quarter's percentage drop was the largest since data was collected during World War II. 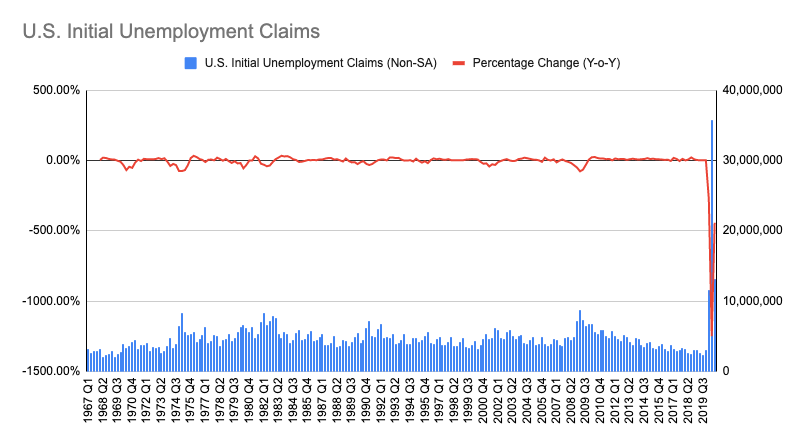 The National Initial Unemployment Claims report tracks the number of individuals claiming unemployment benefits for the first time, as aggregated on a quarterly basis. This is important because it shows how many people are unable to find meaningful employment. The more people unable to find meaningful employment, the weaker the economy. So far in 2020, nearly 60.5 Million initial claims have been filed across the U.S. That's about the same as the last five years combined.

For more information on these economic indicators and many others, check out the Economic Indicators page on our website by clicking here. Happy Halloween everyone!

Here's to the Fundamentals.